The Majestic building on City Square opposite the railway station is being built for Rushbond Group by contractor Sir Robert McAlpine.

Over 66,000 sq ft of Grade A flexible and contemporary workspaces with a triple height entrance reception and roof terraces are being developed.

It was listed in 1993 and later that decade opened as the Majestyk nightclub before being used as a concert venue until 2008. 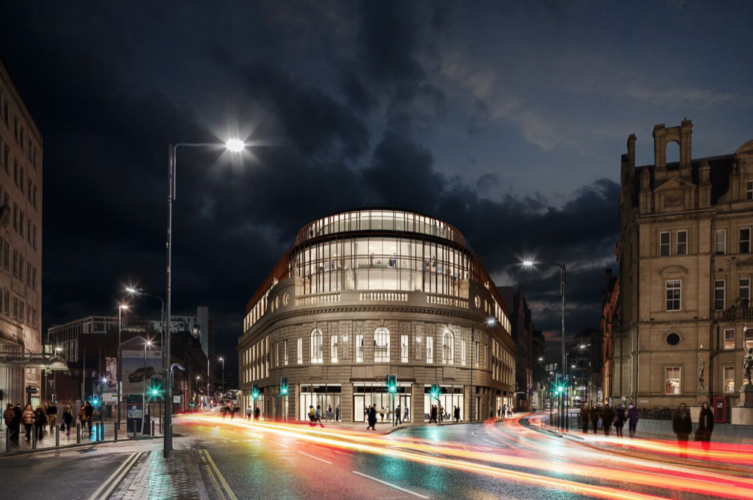 Senior Contracts Manager at G&H Building Services, David Wilson, explains in a Q&A with Rushbond Group the M&E approach, forthcoming work and the importance of apprentices.

Rushbond: What has your time on the project been like so far?

David Wilson: The project has been a very exciting journey for us – it’s such a high profile building with a lot of history in Leeds.

It is quite complex from a mechanical and electrical perspective because of the retained existing façade but we have great experience managing projects like this and are really looking forward to seeing the finished result.