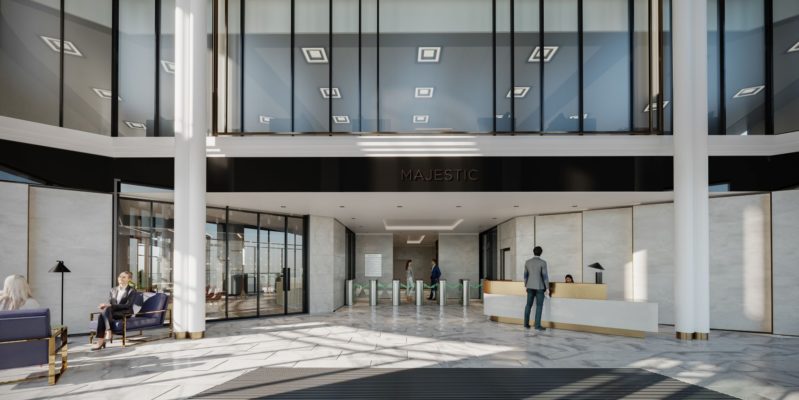 G&H Building Services is approaching the final stages of its work installing an array of mechanical and electrical (M&E) supplies at the iconic Majestic building in Leeds.

Over 66,000 sq ft of Grade A flexible and contemporary workspaces with a triple height reception and roof terraces are being developed by Sir Robert McAlpine for Rushbond Group.

Fitout work in the core areas is already underway on floors three, four and five and the mechanical roof plant was craned into place last week onto the framework pre-built by G&H.

Air conditioning, ventilation and power connections to the floor plates will be carried out over the next four weeks.

Once completed, a six-week testing programme will begin ahead of the official handover. 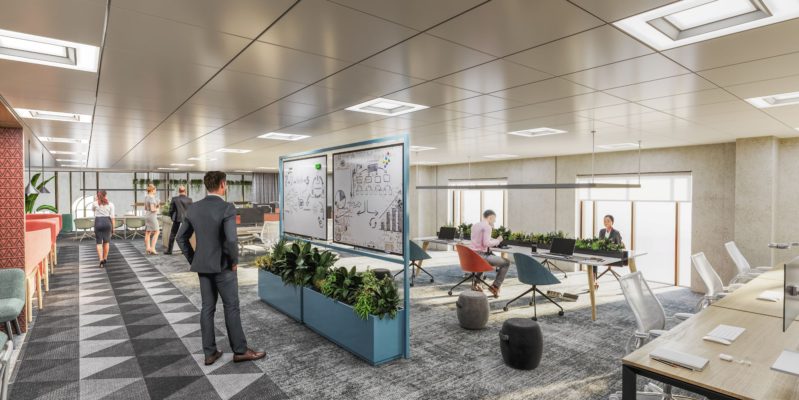 Senior Contracts Manager at G&H Building Services, David Wilson, said: “The Majestic building is one of the most nostalgic in Leeds occupying a commanding gateway position seen by thousands of people every day.

“The final phase of our work is now underway and once completed, the offices and associated spaces are going to be among the best in not only Leeds but nationally too.

“From a design perspective, we have future-proofed the M&E for a variety of scenarios should some of the office space be dissected and divided for more occupants.

“All the M&E works like lighting, heating, ventilation and air conditioning can be used in isolation so temperatures are bespoke to each part of the office space rather than universally controlled.”

By completion, G&H Building Services will have designed and installed a ventilation system to incorporate the listed facade, VRF air conditioning to provide heating and cooling to the internal spaces and a building management system.

The scheme sees ground floor offices, leisure spaces and a grand three-storey-high foyer offering a new entrance into the core of the building. 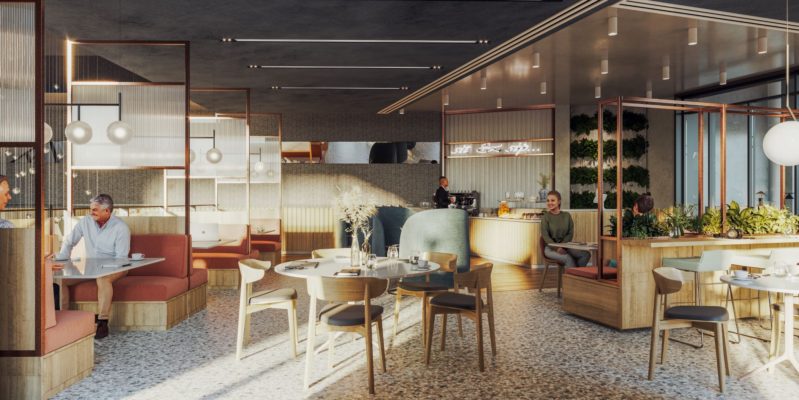 New floors have been built into the structure, roof terraces on levels four and five added and an iconic new glass crown roof created.

Situated opposite the city centre’s railway station, the building was originally built as a cinema in 1922, before becoming a ballroom in the 1950s and a bingo club in the late 1960s.

Historic England awarded it listed status in 1993 and later that decade it opened as the Majestyk nightclub before being used as a concert venue until 2008.

It was acquired by Rushbond Group in 2010. 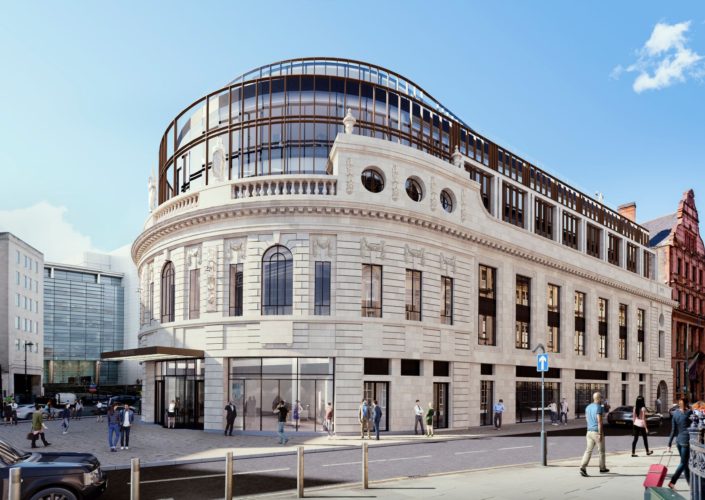